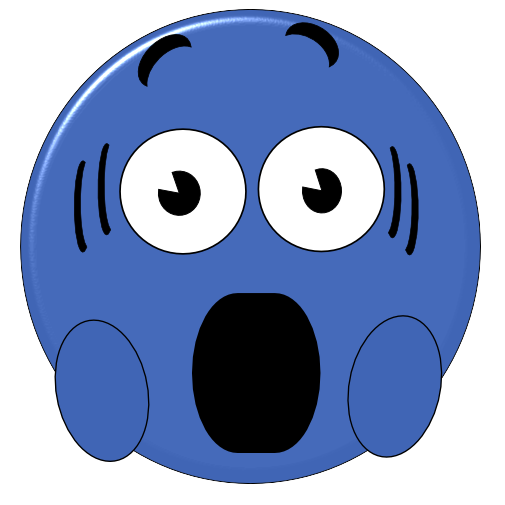 Shock is sudden! Shock is hard. Shock knocks you out of your current frame of mind.

Electric shock, short sharp shock, a shock to the system, all of these are things or sayings that relate to the immediacy of this reaction. There's no anticipation associated with shock, and no time for processing it, it is an uncontrolled and immediate reaction. Therefore a person's reaction to a shock can be a very telling one.

Fainting happened a lot to ladies after a shock in penny dreadfuls, and Mrs Bennet was even prone to it in Pride and Prejudice, although what she considered a shock and what her daughters did were very different things and revealing of her character :). Fainting in shock is used by Victorian gentleladies to great effect: to avoid answering questions in confrontations with those seeking them; to swoon into the arms of their hero. And, given how tight their corsets were laced, it is actually not surprising that some women succumbed to a faint when anything beyond gentle breathing was required.

Men in Victorian penny dreadfuls tend to have more varied reactions to shock. The rogue will undoubtedly reveal himself by running away when confronted with something terrifyingly shocking, whereas the hero, of course, will stand his ground :). In modern literature, women are allowed to do this too!

Another reaction is to freeze. This kind of response can be used to great effect to insert drama into a scene - whether that is the hero/ine faced with an unexpected monster crashing down on them, or a character faced with a mental shock, information revealed that takes them a little time to process. How will they react, what will they do, why are they wasting precious seconds doing nothing? All will make the reader take in a breath and hold it as you force the sudden halt in proceedings! :)

Although the moment of shock is instant, the outcome can be far from it, even delayed for days, weeks, months. PTSD (post traumatic stress disorder) was, in the days of WWI, known as shell shock and the terrible echoes of fighting in the trenches could stay with a young man for years to come. One use of this in drama that I think was both poignant and maddening for one of the protagonists, was in The Mrs Bradley Mysteries, namely the episode, Laurels are Poison. George Moody, Mrs Bradley's indomitable chauffeur, meets his brother's old commanding officer, Douglas Prideux, the man who sent his mother the letter to say his brother died quickly and honourably at Passchendaele.  George wants answers about how his brother really died, knowing the letter would have been a glossing over the terror of the trenches. Eventually, though, Douglas, who is a detached and snobbish man, breaks down and admits he does not remember, that he cannot remember the faces of any man who served under him due to shell shock. It is an emotionally charged moment for both men, despite the war being 13 years in the past at the time of the story.

So, even if the moment of shock is not in your story, the repercussions can be used to great effect as well.

QUESTION: What is the best shock reaction you've read/watched/written?
~