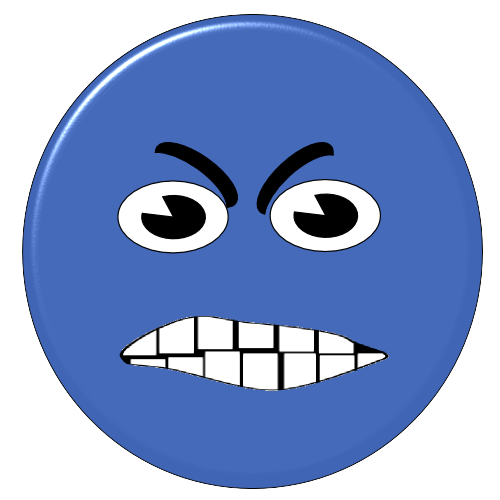 This year for the A to Z Challenge, I'm investigating emotions and reactions and their use to in writing. So, I'll be talking about my first thoughts as a writer when I think about the words we use to describe emotions and my experience of their use in literature and TV/film.

I'd like to point out the word 'intense' in the definition above. We're into extreme emotion territory again. Hate is not a reaction that should be used lightly.

We say in casual speech that we 'hate' something, but we don't normally mean it, what we mean is we dislike something, or maybe we're offended by it. Hatred is much, much more than that. Hate is revulsion, disgust, anger at something, or someone's very existence. It is passionate. Hate makes you grind your teeth together at the very mention of the source of the emotion.

Voldermort hates Harry Potter - he has to, or he would not spend so much time pursuing him. I'm not sure Harry hates Voldermort, not at first at least, he is too abstract an idea in Harry's mind in the early books. Harry, however, really hates Belatrix Lestrange, he has a gut reaction to her, because he witnessed her killing Sirius Black, his godfather.

Hate has to have a good foundation, there has to be motive for the hatred. If a character hates something or someone, that reason has to be convincing. Death is not the only reason for hatred. There is racial and religious hatred, where a person from one background has been brought up to hate those from another. Hatred of an idea, because of the consequences of that concept, sometimes these consequences are personal, sometimes they are more general, e.g. a sense of injustice.

When writing, I am always careful with hatred, because it can be so complex, and, in a pure form, so rare.

QUESTION: When had you read/watched a story where hatred has been used well and convincingly?