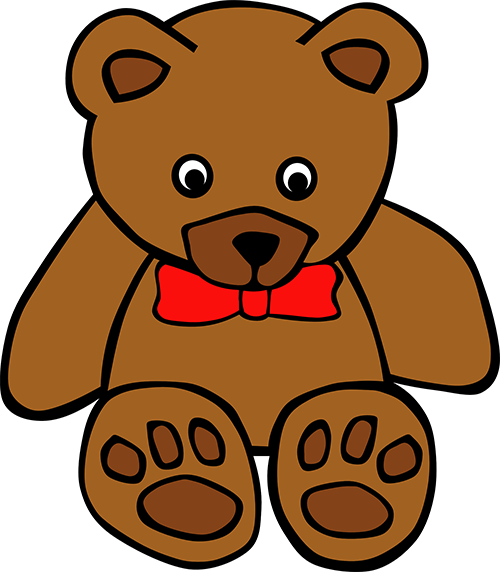 Today, 7th Nov, is Hug A Bear Day!
So go find your favourite teddy bear (or any plush toy, we're not discriminating here) and give him/her a big ol' cuddle :).

I had a toy koala when I was a child. He didn't have a name except Koala, and he wasn't all that squishy, but I loved him and cuddled him all the time. Yes, I am, sadly talking in the past tense, because he is no longer with us thanks to an incident with our dog when he was a puppy. I do, however, still hug Koala II, who was bought as a replacement after the sad demise of his predecessor.

Koala II sits on top of my bookcase alongside a collection of other furry friends (some of which one would not expect to be furry): a raven, a snake, a turtle, a frog, two cats, and, yes, of course, a couple of actual teddy bears.

According to Days of the Year, stuffed animals go back all the way to ancient Egypt, but plush toys entered children's nurseries about 1830 (and if I remember correctly, the most popular mass-produced animal was an elephant). The Teddy Bear term was coined in 1902 and is named after President Theodore Roosevelt, who, when he was hunting, refused to shoot a baby bear. The Teddy Bear became an international best seller, and what's not to love about a cute, cuddly Teddy Bear?

In my opinion, no-one is ever too young, or too old for a Teddy Bear.

So, Happy Hug A Bear Day Everyone!
Posted by Sophie Duncan at 10:01 1 comment: