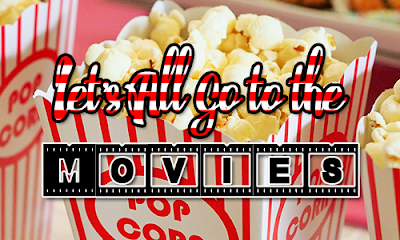 So my sis, Tasha, kicked me off on this blanket box talking about movies, favourite ones, dreadful ones, funny ones. This is where Tasha's is. If you fancy joining in, the questions are at the bottom of Tasha's post. So, I've never done one of these before, but here we go with my answers :)...
The Lost Boys - has to be. It's the movie that made me fall in love with vampires, and it opened up my imagination - it's one of those movies that got me writing.
I have a few of these, but I'll pick one - Chocolat (and definitely the movie not the book, the book leaves a bad taste in my mouth) - this movie has a wonderful surreal quality, and it is all about opening up to possibilities, defying convention and enjoying life. Even Le Comte finds his way and I love it, it always leaves me smiling.
I like movies about misfits, people who make the most of their weirdness and this one's a really trashy eighties movies, but I think it's great - Misfits of Science (it became a TV series as well, but I don't recommend that one as much).
Ghost stories are my favourite genre, I love the tingle down my spine when a candle flame flickers, or a book on a table moves just an inch. I collect ghost stories, both written and cinematic, I have loads of them, good, bad and indifferent.
I'll mention a movie that scared me in all its forms (book, play, TV movie and cinematic release) The Woman In Black - it has tingly scares, jump scares, isolation tension - everything I find good in a spooky movie.
Now there's a few of these, and more as I get older - picking just one - The Green Mile - so many great performances, so many memorable moments, so many that make me cry about the injustice and sadness of it all, but one that makes me cry with joy is when John Coffey saves Melinda Moores, the governor's wife, the transformation gets me every time.
Watching movies alone I don't laugh a lot, but when I'm in company, one that is absolutely on the nose for giggles and full on guffaws is Despicable Me 2, even more so than Despicable Me. And the funniest thing is seeing my Dad crying with laughter when the minions are doing their thing :).
This is the same as my sis, since we saw it together, Evil Dead. It scared me witless then.
The Fox and the Hound - Cranbrook Cinema.
Now there have been loads of these, especially as I've grown pickier in my taste, but one that is considered a classic that I actually fell asleep in was Psycho.
Now this is an odd one and I know other people adored this movie, and I love Thor and Thor 2, but not even my penchant for Tom Hiddleston movies could save Thor 3: Ragnarok - I just found the whole tone wrong, characters acting for laughs, not in line with their previous movie personas, plot launching all over the place and not really hanging together, and all of it detracting from Hela, who could have been a wonderful villain all by herself, no Jeff Goldblum (whom I love in other movies) required.
Most of the documentaries I watch tend to be hour long things, but if I add both episodes together, I hope David Attenborough's First Life fits into this category. The origins of life in an engaging format.
Return of the Jedi, my sis and I rented this from a good old fashioned video store one Christmas and we watched it over and over and over again. Luke fighting for his father, Leia discovering a little of her own talents, Han coming out of the carbonite and yes, I even adore the ewoks.
The Champions - this is a 1960's tv series about secret agents (two brits and a yank) who get super powers when their plane crashes into Shangrila in the mountains. It sounds corny, it is, but the series pushes all of my buttons and I watch it over and again. There was talk of it being optioned for a movie a couple of years ago and Guillermo del Toro was linked to it, so I had high hopes, but things have been silent since then.
The Lost Boys - 'nuff said
Star Wars, The Empire Strikes Back and Return of the Jedi. They're easy to watch, brilliant romps and the nostalgia is heavy with these ones :)
I'm not going to reference any of the MCU movies, which is tempting, but I'm going back in time for this one. This movie is camp, it's somewhat racy, very, very silly, and it has a rock-out soundtrack -  I can watch it again and again - Flash Gordon (1980) with Sam J Jones and Max Von Sydow.
This one's a repeat - The Woman in Black.
Frozen - because it broke some moulds.

Now this is a list that just jumped into my head, so they're a bit random ;P

Who Framed Roger Rabbit - I think the story stands the test of time and there aren't many animated characters that scare me, but the bad guy reveal at the end (and I won't say any more), that's creepy.

Grosse Pointe Blank - read Tasha's blanket box for reasons on this one.

Dead Man's Folly - Peter Ustinov as Poirot - I do like a good detective movie and this one's a guilty pleasure.

Tron - what's not to love about Bruce Boxleitner and Jeff Bridges battling an evil computer-overlord with 1982 tech.

Jurassic Park - the original, the classic.

The Awakening - obscure British 2011 horror, but I really like the premise and it's a well told story.

Aliens (Alien may be the classic, but I prefer film number 2)

Two that go hand in hand in my mind - The Dark Crystal and Labyrinth - puppets, fantasy adventure, and David Bowie :)

So, if you want to join in, head on over to Tasha's blog for an easy-copy set of questions.
Posted by Sophie Duncan at 21:03 3 comments: