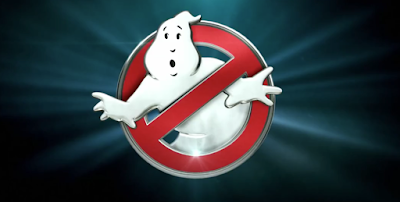 Okay, so I may have revealed my opinion in the title of the post, but let me explain why I loved Ghostbusters (2016).

Anyone who knows me knows that I am a big paranormal fan - give me a movie or show with a ghost in it, and I'm there. Give me a movie with four kick-arse ghosthunters in it as well and you just made it a certainty I'm going to at least give it a visit at the cinema. However, that doesn't mean I wasn't nervous about this movie: there's been so much controversy about it, much more than other reboots that have slipped onto the scene, or blasted in some cases, I mean, Spider-man is about to launch into it's third since 2002 and no-one seems to mind, but Ghostbusters has drawn some vitriol.

So, I toddled off to the cinema with my sister, eagerly anticipating this reboot and hoping that it was going to reinforce my love of the original while giving me something new to love about this franchise. I have to say, in the first 15 to 20 minutes, I wasn't so sure. The jokes were cliched and dull, with only a few moments of excellence; the opening section in the Aldridge Mansion is classic Ghostbusters, but after that, I would say to everyone, give the movie time to start properly.

Once the movie did launch, about the time that the gals start ghostbusting and Patty enters their lives, then there was no let up, I laughed, giggled, and snorted my way through the rest of the movie. It was AWESOME! 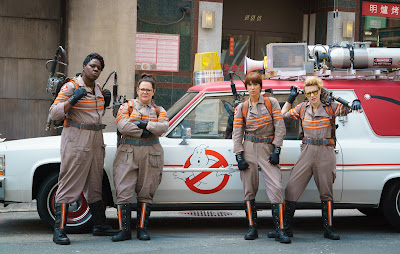 These ladies here, as much a bunch of misfits as Egon, Ray, Venkman and Winston, had me smiling like a loon. I loved them all. Patty Tolan is a no nonsense, sassy woman who knows all there is to know about the history of the city of New York. Abby Yates has never wavered from her conviction that the paranormal is real and her one-liners are genius. Erin Gilbert tried to leave the paranormal behind, but in the end, has to embrace her inner ghostbuster; she's dorky, intelligent and I love her. And Jillian Holtzman - she has to be my favourite special little snowflake, who's into particle physics and engineering and doesn't give two hoots what anyone else thinks.

This quartet of lovable nerds yank the Ghostbusters franchise very firmly into the 21st Century.

The story is not a remake of the original Ghostbusters, although it gives a lot of nods to its predecessor. This is a good thing. This story picks up the legacy of the original films and runs with it into a new space. There is a new bad guy, new tricks and tools in the Ghostbusters' arsenal, and a fun twist on the modern need for governmental cover-ups. Plus, there's Kevin. 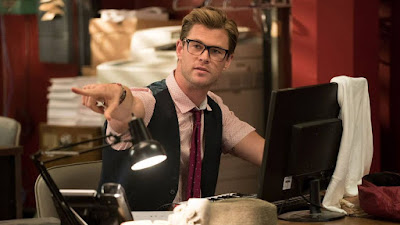 Kevin is not a gender-swapped Janine Melnitz. Just like all the other characters, he owes his existence to the original movie, i.e. there was a secretary in the original, but Kevin is his own little bundle of laughs - and yes, I'm understating it, some of the jokes linked to Kevin had me crying with laughter. I will say no more, you have to see him to believe him.

You may have gathered that I thought the acting in Ghostbusters 2016 is excellent. The effects are fantastic too. Like everything else, the ghosts take their inspiration from the look of the originals, but then 21st Century computer graphics up the ante. The interactions with the ghosts are much more visually sophisticated and make the fights scenes at the end stupendous. Friends of mine have mentioned they might have been cheering out loud during the movie, and I can guess where. All I will say is, these ladies kick arse!

So, I'll stop now with a final word: ignore all the controversy and hype, go see this movie as a fun Summer reboot and you won't be disappointed.
Posted by Sophie Duncan at 09:31 2 comments: