F is for Failure

Getting it wrong, cocking it up, losing - we have many different words for failure and I've chosen to write a blog post on it, because I'm one of those people who doesn't like to get it wrong.

I know, I know, you're going to say that no-one likes to get it wrong. However, let me clarify, I'm not talking about losing a game of tennis, or getting a question wrong in a quiz, in fact, I'm not the most competitive of people, actually. I'm talking about making life mistakes, misjudging a conversation, doing the wrong thing, embarrassing myself. It is these moments in life that I beat myself up about, that can bring back rushes of abashment even years, sometimes decades later - can you tell I have difficultly letting my mistakes go? ;P 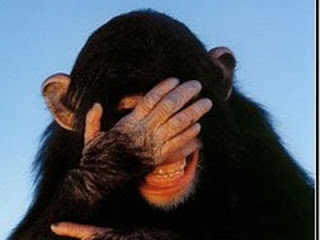 Thus, one of the lessons I have to keep reminding myself of in life is that it is okay to cock it up sometimes. It may be embarrassing, it may even be mortifying, but it's hardly ever going to be the end of existence as we know it.

There's another aspect to failure - the fear, or even hatred of it stopping you from doing things. I mentioned I'm not that competitive and I think that springs from the fact that I have Talipes in my right foot, it's a birth defect which means my ankle doesn't move and my heel does not touch the groud. Because of that, I had to learn as a kid that I was probably going to lose most sports, I couldn't keep up. However, that didn't ever, ever stop me taking part.

I enjoyed playing hockey during games lessons and netball was a lot of fun, I didn't care that I couldn't jump as high as the other girls, it was just fun joining in. I remember once playing french skipping at primary school (for those who don't know, that's a game where two players string a loop of elastic round their ankles and the other player, or players has to jump on and around the elastic, twist it between their feet, and do tricks - if you succeed at ankle height, the elastic goes up to knee height and then to waist), I sometimes used to manage the knee high level, I could jump that high, but I never, ever used to manage the waist high level until one day, the one and only time, I managed it - which just underlines the old adage  if at first you don't succeed, try, try again. :D

None of us should be afraid of failure (yes, I know, I do have to try and take my own advice more often), even those failures that are only visible in hindsight, because it's all part of growing as a person. I have some truly awful stories I wrote at age 11 that I am really glad are hidden away in a drawer, but at the time, I was really proud of them, they were one of my first steps on the ladder to becoming an author and although they fall short in retrospect, they were a big success for me. I learnt from the encouragement and suggestions my English teacher gave me and I moved, on, and that showed me never, ever to put someone down for trying. I see fic on the internet that is truly awful. It can be a complete failure at structure, grammar, character, but that person is making an effort, putting themselves out there, and they deserve encouragement and honest, constructive criticism.

Trying and failing is one of the ways humans learn, even if we (and by that I mean me), don't like learning it all that often. None of us like it at the time, but it can have a positive impact. So, even if we don't love it, we should all try to at least embrace it.

P.S. Check out other folk doing the A to Z April Challenge.
And if you want to see my other posts: