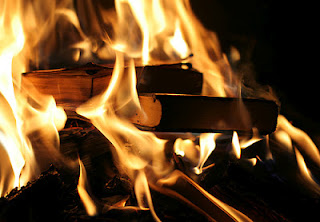 I received an email from Smashwords this week, because I publish erotica with them and they have received instructions from PayPal that they can no longer publish content with rape, bestiality and incest (including pseudo incest). Now, those of us who don't write those particular sub types of erotica may think, oh well, doesn't apply to me, so, ho hum, let's just ignore it. However, this is the thin end of the wedge! (BTW, I will add here, that it is not PayPal who came up with these new rules, it was credit card companies, banks and credit unions)


Where the hell did financial institutions get the idea they could introduce their own brand of censorship?! They don't make laws, they make money and last time I checked, writing about rape, bestiality or incest is not illegal (I won't cast my own moral judgement on it, because I haven't read every single book with it in, so I don't think I would make a fair judgement). These companies have no legal leg to stand on when trying to control the output of authors, so why should they get away with suddenly strong arming content providers like this? What next? Amex telling Marks and Spencers they can't sell skimpy lingerie because it may cause a gentleman to have improper thoughts?!

What these companies are doing is censorship, pure and simple.

Smashwords is not to blame in this, they are being threatened with removal of their payment system if they don't comply: blackmail in any other terms. They are doing their best to negotiate the least restrictive outcome. Still, all this makes me angry, very angry, as you may have gathered from my tone above. When we allow a group of businessmen to go above the law and impose their own set of arbitrary restrictions, we are allowing some unknown puppet master behind these decisions to dictate what only elected governments should be able to control, freedom of speech.

Australia has laws about the age of participating individuals in erotica, over 18: being British, I may think they're draconian, but they are laws and I will respect them. These credit card companies have only profit driving them. These people didn't even try the SOPA route of getting their whims into law, they went the backdoor. Personally, I don't think this is right. They are using their position of relative monopoly in their industries to push a censorship agenda that it is not their place to be pushing. Given their current targets, we should be burning the Greek/Roman Myths along with the indie erotica, since dear old Zeus raped his way through his conquests and was known to take the form of an animal while doing it.

Anyway, whatever we think about the current censorship targets for these companies, censorship is still censorship, they're effectively burning books, just because they're made of virtual words does not make it any less barbaric than if they'd made a pyre outside the local library. We have to let these companies know we do not approve. We need to contact our credit card companies and our politicians and let them know we don't think financial institutions should not be in the censorship business.  We need spread the word far and wide that we, as readers and writers, do not want finance controlling our imaginations.

Tweet it, blog it, tell the media – we don't want business censoring legal works of fiction!


Edit - found a good post by Huffington Post about this. Plus a petition.
Posted by Sophie Duncan at 11:56