Since I leapt into this Indie Publishing business in 2011 with my twin, Tasha, we've learnt lots as we've gone along. One of the things I think we've learnt about and are improving upon is our titles. There's nothing more troublesome as a title. It can keep a writer awake at night trying to decide how best to summarise their whole story in just a handful of words. Plus, as well as your story, there's the genre(s) to think about, the title has to fit that as well. AND THEN there's making sure the title isn't too common and also doesn't put people off.

For all these reasons, I've been thinking a lot about my novel, Death in The Family and doing some of the research I really should have done before. I meant Death In The Family, as a grimly humorous title, summing up Tom's discovery about his father being a vampire. However, I have come to the conclusion that the name is putting off potential readers, because it very closely mirrors more factual books on handling familial bereavement. Thus, after much deliberation, I have decided to change the title to something that I feel fits the book and the genre more closely and hopefully won't put off my readers.

So, the new title is Night Blood.

I'm also changing the title of the series to The Night Blood Chronicles, which is also slightly more Young Adult Paranormal (in my opinion that is) than Heritage is Deadly. 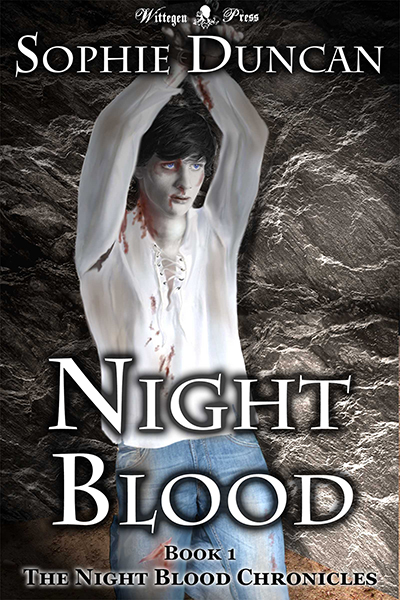 There will be a new front cover too, when I release the second in the series, Witch Blood, later this year.

So, what are your opinions on titles. Have you had any experiences you can share?
Posted by Sophie Duncan at 00:00