Pre-Avengers Movies - who needs a plot when you have abs! :)

Well, I spent the whole of yesterday being indoctrinated with pre-Avengers' movies. I'd only seen one of them before, because, well, I'm not that much of a superhero gal (except maybe Tobey Maguire as Spider-man) and the only 'comics/graphic novels' I read are Neil Gaiman's Morpheus ones.  Having said all that, though, it wasn't a bad day all in all.

We started with Iron Man, the only movie I had seen before and it's a pre-pre-Avengers' movie and, unlike the others, actually had a rather good plot and some good writing. 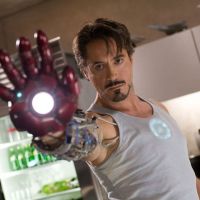 Robert Downey Jr has been coming back into his own in recent years, what with Sherlock Holmes and Iron Man and I like this movie, a lot. Tony Stark, play boy, relatively conscienceless weapons trader, gets a boot up the arse when kidnapped by an evil organisation and forced to make his missile for them. Okay, a bit unrealistic, since making a small hamster cage in that cave would have been a challenge, let alone a missile, or an arc reactor, but, hey, it's a superhero movie, if I expected realism, I wouldn't be watching.
Tony's journey is actually the most convincing bit of this movie.He doesn't suddenly change character, he's still a bit of an arse, but he has found a new mission in life.
I also like Obadiah Stane, he's all the way nuts, ruthless and just plain nasty, so of course, when he gets his comeuppance, everyone is cheering! :)

Okay, so I'd see that movie, so no surprises. Then we moved onto The Incredible Hulk (Edward Norton and Liv Tyler). 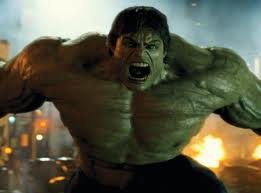 This movie summarised the preceding movie 'Hulk' in about two minutes under the titles, which, IMO, was best. However, then we get to the main movie and well, I think the first two minutes were more interesting. This movie was search, chase, search chase, chase, basically. Not much more plot than that and only a dorky Edward Norton to keep us going.
Okay, to be fair, the fight scenes were rather spectacular, but most of the cast were so internal, it was more fun to watch paint dry.  Okay, Bruce, so you're a tortured scientist, I get that, and you have to stay calm, I get that too, but I'd like to have seen a little more!
Even General Ross, our bad guy for most of the movie had about as much emotion as a hunk of wood. And Tim Roth, well, I prefer him in lie to me, he just did not make it for me as the hard-arse Russian/Brit marine. He was too pointless for me to care about his descent into the monster soldier. 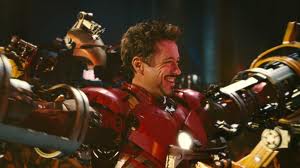 I think I've trashed that movie enough :). Next, we threw on Iron Man 2. This should just have been called Tony's Meltdown.  There is no other plot really. There are some good one-liners, Tony has his usual snark on, and some of the action sequences are brilliant - the suit in a briefcase is priceless. However, compared to Iron Man, it is a pale also-ran. And having given Tony the benefit of the doubt about the whole cave thing in number 1, him developing a whole new power source for his suit in a week stretched my disbelief to whole new proportions. Still, the movie was worth the watch, once.

Next came Thor. Note, my picture is not of Thor himself, it's of Loki because, frankly, he's the best thing about this movie. :) He's a villain with depth, broken, with big daddy issues who does what the God of Mischief is supposed to do, he stirs it up. (Disclaimer here, my sis had been bending my ear about Tom Hiddleston and how great Loki is for months, and I resisted, I really did, but I have to admit, she's right.) Be warned, though, this is no masterpiece of a movie. The events on Asgard, well, they're relatively interesting (and Shakespearian), with Loki's machinations and Thor being a complete lunk-head, but when Thor gets dumped on Earth, hmm, we're back to the ol' paint drying thing. There should have been more of a subplot on Earth, just trying to get Mjolnir (his hammer) back from SHIELD is just, well, tedious.
I am rather enamoured with the relationship between Loki and Thor, it has possibilities, but, please, no more running around deserts! 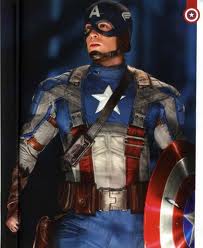 And finally, we got to Captain America (we were following the timeline, apparently). Well, this had a bit more plot. I liked the start where Steve is trying to enlist and Bucky is just adorable.
However, I thought there was about as much chemistry between The Red Skull and Cap as there is in a vacuum. Individually, they were great: naiive, but heroic Cap, wanting to do his best for the best; Red Skull, Hug Weaving, dark, mad and ruthless. But put them together and the ending was a bit of a damp squib. It didn't feel like the writers had invested in their bad guy, he was just a precursor for The Avengers movie.
Still, Chris Evans did a good job as Cap and the CGI of him as a 9-stone weakling is very effective.


So, what is my assessment all in all: would I go out of my way to watch these movies again, well, no, but if someone put them on, I wouldn't walk out of the room in disgust. :)
Posted by Sophie Duncan at 12:33