The Ups and Downs of Editing - Chisel and Sandpaper

Well, my new novel has a title:

Death in the Family (Heritage is Deadly #1)

It should soon have a cover as well, I've been discussing it with my cover artist (who just happens to be my twin sister, which is really useful when discussing what the cover needs to convey, because we understand how each other think, but can get a bit tricky when rejecting designs :P - still arguments never last long!). We just had a discussion while walking round the supermarket and in the car afterwards which, if anyone listened in, they would have thought we were mad. Y'know I gave you the run-down of what happens to the white shirt? Well, I forgot to say, in that last scene, Tom's shifted...Oh, okay. So, what exactly do they (your vampires) look like when they're shifted?...Fangs, glowing eyes...What type of glowing eyes?...Iris only...Enhanced colour type of thing?...Yes...And, of course, pale...Yes, pale skin...He's not winning any suntan contests. And so it went on...:)

Anyway, that leaves making sure my vampires aren't forgetting each other's names, walking through walls or reeding when they should be reading, in other words, editing :). I read and reread my own work before it goes to my editors, but I never, ever catch everything, not even just on the proof reading front and I have an editor who is very useful for pace and continuity - he spots stuff that makes me go, 'oh yeah, I did put a fence there, didn't I', and stuff like that. He also just pointed out to me that I completely deflated a fast-paced scene by putting in an aside. It's a nice little aside, gives some insight into the character involved, the kind of thing we writers like to throw in, but it blows the action completely! As he put it, you were going from A to B, but you went via C, D and E first. So, that little bit is being ripped out, one 'darling' down, several dozen to go, no doubt! :) 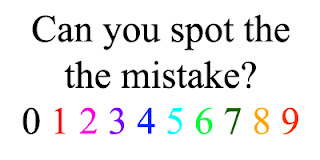 Some of my editors and beta readers are red pen and paper kinda folks, and others are into electronic formats, which makes compiling the changes a varied task. One format that we've started using recently is Kindle notes. Reading the book in the ebook format actually shows up some formatting errors that are missed on big, wide, word processor formats and I can also then scan through the notes one by one. Pity they aren't as easy to incorporate as if someone just edited the MS Word doc, but my continuity editor definitely finds it easier to read in that format.

I actually enjoy editing. It is a different type of fun to writing the story itself. You just have to accept that when you've written 80,000 words, not every one of them is going to be perfect first time. Yes, it can be painful when you've put blood, sweat and tears into a scene and your editor tells you to dump it, but it can also be like applying fine sandpaper to your almost finished statue. A little rub here, a polish there and out from the rough comes a little gem.

Anyway, here's hoping that me and my editors can knock the burrs off this book. :)
Posted by Sophie Duncan at 12:07