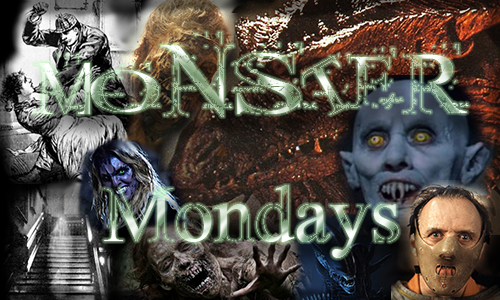 Jack The Ripper, who terrorised London in 1888, is probably the most famous serial killer of all time, and the main reason - because no-on knows who he was. There's nothing so obsessive for the public imagination as a mystery of a killer who struck brutally and repeatedly for a 3 month period and then completely disappeared. 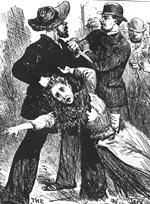 Jack the Ripper killed 5 women (some say more), all of them in the smoggy, dark streets of London. What caught the interest of the public was the fact that Jack mutilated his victims, the worst being the last officially attributed to him, Mary Jane Kelly, who was found in her room, her throat slashed so badly she was nearly decapitated, her body cut open and her heart and most of her other organs removed.

This monster was guilty of some truly horrendous crimes, although, compared to other serial killers, his kills were few and his time brief. It is the mystique that grew up around him that has led to his longevity. Was he a rich man, possibly a prince? Was he a poor tradesman? Did he really cut up his victim's with a doctor's skill, or was it more that of a butcher? Was there a conspiracy to protect the wealthiest in the land, or was it just bad luck that Jack was never caught?

We'll never know the answers to these questions. Even when DNA apparently narrowed down the identity to a polish immigrant barber, the results have been called into question, because it is too long ago. Time has washed away any proof that might once have been there to name the man behind the monster. And that is why there will always be another theory, another book, another TV programme claiming to have found Jack The Ripper. The mystery is now eternal.

Why do you think the public is so interested in serial killers?
~