Today, I am pleased to welcome author C.J. Brightley to round off The Blogger Book Fair July 2013 for me. So without further ado, over to C.J. 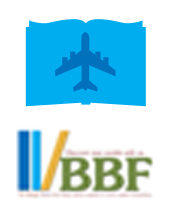 When you think of fantasy, do you imagine wizards? Wizard school? Unicorns? Dragons? Werewolves? What makes a fantasy a fantasy?

A fantasy is a story that has parts or elements that are unrealistic. That’s a pretty broad definition! The “unrealistic” portions could be anything from fantastic creatures to magic to a wholly realistic world that is simply different than ours. I enjoy all kinds of fantasy, but my Erdemen Honor series, which begins with The King’s Sword and continues in A Cold Wind, is essentially realistic. The books are set in a world I created, with its own cultures, races, and historical baggage, but there is nothing else fantastic about it.

I haven’t read many fantasy books that are entirely devoid of magic, so if you have any recommendations, please let me know! Richard Adams’ novels Watership Down and Shardik don’t have any magic, although the rabbits in Watership Down are unrealistically intelligent. Guy Gavriel Kay’s books A Song for Arbonne and Under Heaven include magic, but it plays a small part in each story.

However, even when magic is an important part of a fantasy world, it is still subject to rules. Magic, like everything else in a story, needs to make some kind of sense, even if the rules that govern it are different than the rules we know in this world. Authors have the opportunity and responsibility to think through all kinds of interesting questions: How does a character control magic? Is it innate or taught? Can anyone learn magic, or are only certain characters capable of it? What social effects does magic have? How does the existence of magic affect the economy and the political structure?

In the Erdemen Honor series, magic isn’t a factor, and there are no fantastic creatures, no unicorns, no dragons, not even any rodents of unusual size. However, I went through the same process of figuring out what factors affected every aspect of life. Race, culture, and history are relevant and have effects on characters in the story, just as they do in real life. Kemen, the narrator in The King’s Sword, is a Dari, a minority who feels out of place in the only country he’s ever known. Dari and Tuyet, the two primary races in The King’s Sword, aren’t exactly analogous to any real races, but they’re very human. Their world is governed by the same forces that govern ours: culture, race, history, individual personalities, environment, political conflict, and physical laws. My background is in international affairs and national security, so I found that aspect of world-building really interesting, but I didn’t write a fantasy political thriller. Instead, it’s a character-driven story, just the characters and the decisions they make.

When I began writing The King’s Sword, I didn’t intend to write a fantasy without magic. I wanted to write a realistic story, but I kept my mind open for places where magic might be an important piece of the puzzle. To my own surprise, it never really came up. The world of Erdemen Honor is much like ours - gritty, sometimes harsh, but shot through with beauty, love, and heroism.

About the author of this blog post: C. J. Brightley

I’m the author of the Erdemen Honor series: 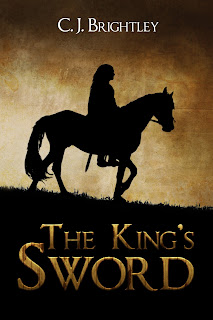 A disillusioned soldier. A spoiled, untried prince. A coup that threatens the country they both love. When retired soldier Kemen finds the young prince Hakan fleeing an attempted assassination, he reluctantly takes the role of mentor and guardian. Keeping the prince alive is challenging enough. Making him a man is harder. As usurper Vidar tightens his grip on power, Kemen wrestles with questions of duty and honor. What if the prince isn’t the best ruler after all? Invasion looms, and Kemen’s decisions will shape the fate of a nation. What will he sacrifice for friendship and honor? 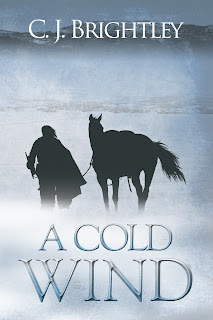 When retired Erdemen army officer Kemen SEndoa helped the young prince Hakan Ithel reclaim his throne, he thought he was happy. He had shaped the future of his beloved country and earned a place of honor and respect. In the shelter of the palace, he finds peace and the promise of a life he’d only imagined. Yet his own choices, and brewing border troubles, may force him to a final sacrifice. A tale of love, honor, and forgiveness, A Cold Wind follows The King’s Sword in the Erdemen Honor series.

I’m working on the third book in the series, to be released winter 2013, as well as a separate urban fantasy / supernatural thriller series scheduled for publication in winter 2013/2014. I’d love to connect with you on Facebook, Google+, or my website at CJBrightley.com.

I will be at Intervention (Internet+Convention) 2013 August 23-25 in Rockville, MD! I’ll be signing books, and you can get a free sneak peek into my works in progress. If you can’t make but you want to check out the books, please contact me directly and I’ll see what I can do.
Posted by Sophie Duncan at 00:00