Today, I am happy to welcome Gabriel Fitzpatrick to my blog as part of his Rmnce blog tour.

Romance in the Digital Age is a line I’ve used from early on in the Rmnce process. It’s the sort of catchy, newsy sort of tagline that the lizard business brain spits out for me from time to time when he feels me flailing about hopelessly for a descriptor. However, in this case he has struck quite to the heart of the thing, because romance in the digital age differs from romance in the age of written letters in much the same way that age differed from the one in the time before literacy became widespread. That is to say, it doesn’t.

Why, then, would I even write a book about romance in the digital age? The answer to that question is simple: Someone needs to demonstrate that fact. There is a generational divide between those who grew up when a computer was something everyone had and those who grew up when it was something big businesses used for accounting, and another between those people and those who grew up before there even was such a thing. These divides are, in some ways, natural, but they must be overcome if we are to call ourselves enlightened.

By shining the light of an old artform, that of literature, onto the digitized screens of modernity, I hope to show that commonality, to bring people together in the realization that their prejudices are meaningless and self-created. 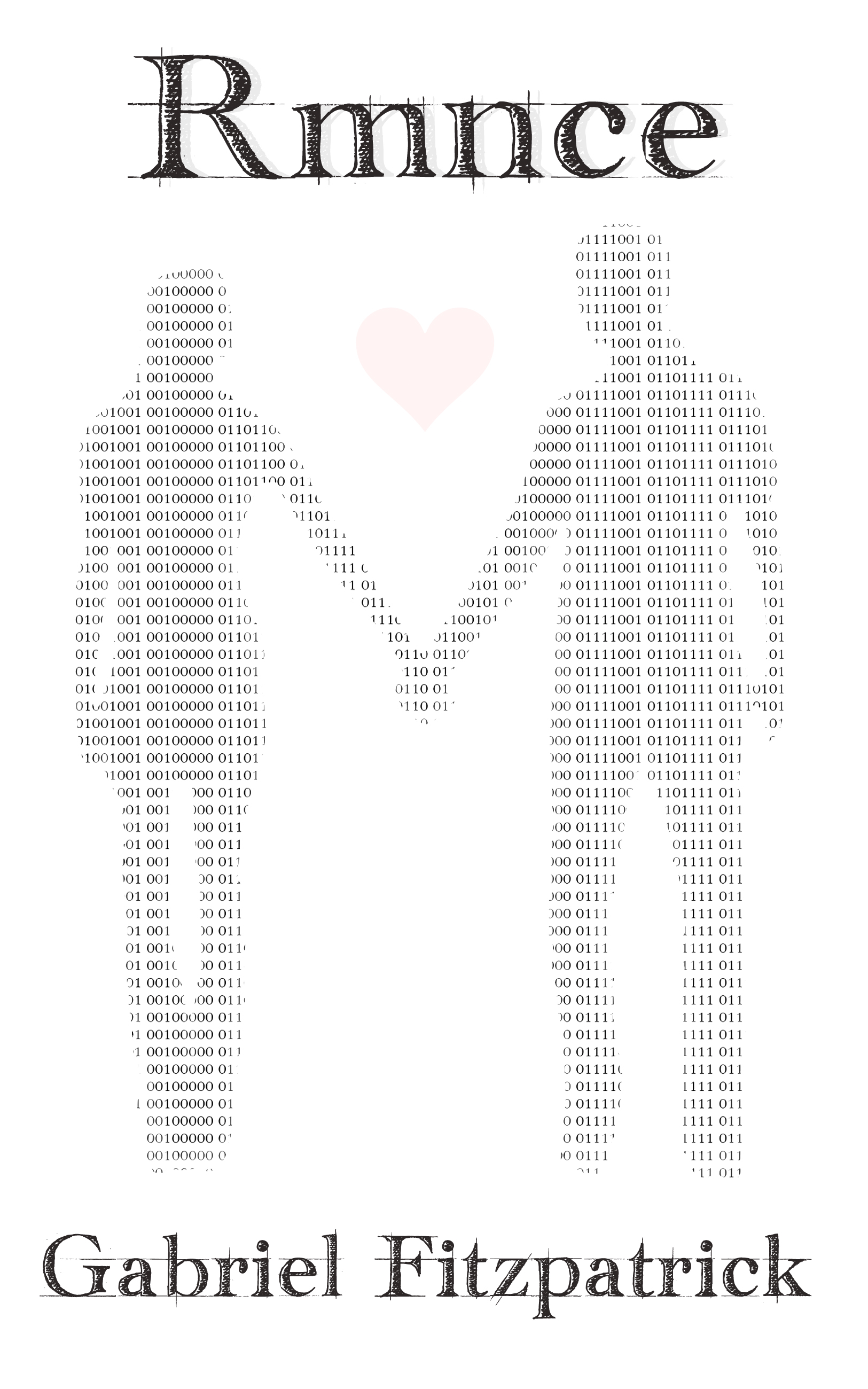 Rmnce series is a love story told in 4 parts. It follows a couple from the first drunkenly passionate days of their college romance all the way through a life together, often tumultuous, always overwhelming, and overridingly disquieting as only true love can be.

Rmnce is not, however, your traditional love story. Or perhaps more accurately, it does not appear to be your traditional love story. It is written entirely through the communications of the couple. Text messages, emails, and even a few old-fashioned letters make up the entirety of a story, what one early reader termed "A story not so much written as formed organically in the negative space."

It is, in short, a commentary on love in the digital age, a tribute to the great love affairs of the digital generation, romance not lost in the sea of text-speak and instant gratification, but merely obscured from the prying eyes of those too far removed from its cultural roots.