The Stare of The Blank Page

One of the worst and best things for a writer is the stare of a totally blank page in front of them, because it means two things: 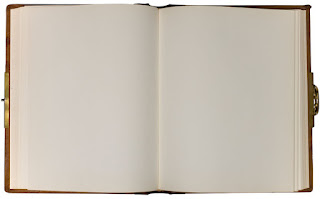 It's hard starting from scratch, delving into the depths of my unconscious to find inspiration. I've always hated that moment when I am faced with the bare white screen (as it is usually), even if the idea is already in my head, because I know I'll be fighting an inertia that is always inside me, one that is perversely fighting my wish to create. The fight is to get into the flow, find the zone and it usually takes me a page or two to really get going, especially it I have been through a dry period of not writing much.

However, this July I've been doing this stare once every two days since the beginning of the month while developing the short stories that we're giving away in the Wittegen Press Giveaway Games. And what I can tell so far is, the inertia is always there, BUT, the more I write, the easier it becomes to fight my way through it, the same way when I exercise, I build up stamina to go faster and cycle longer. I was a little disappointed that, as the creative juices began to flow more easily with the practice I'm getting (over 70 thousand words so far this month) that the inertia didn't go away, but it appears it is a quirk of my psyche that, whether I want to write or not, part of me wants to be lazy.

Something else that this crazy schedule is teaching me is that, I can write even when I'm tired and I think I can't. I don't necessarily like it and that inertia is much, much stronger at times like that, but I can do it.  However, I do have to be more careful then, because, 'bored in' equals 'boring out', so I have to search for what is engaging me about a story before I try and convince the reader with my words. This happened to me a couple of days ago, I was launching into a short sci-fi story, a story that I've had the concept for since I was a teenager, a story, therefore, that I have an investment in and thought was a jolly nice idea. Yet, I looked at the words on the page, and I was more than 1000 words in and I thought, this is boring, this is not engaging. Doesn't mean I don't like the story still, but the realisation did kick me into changing stories. I just wasn't in the mood for sci-fi! I ended up flipping and writing a horror story.