Y is for Young (at Heart)

They say, 'You are only as young as you feel.'

I happen to agree with them, because I have known people who have thought they were old and needed to 'settle down' at 21, and others who are young-at-heart at 90. Being young is a state of mind.

Okay, so let me differentiate 'being young' in spirit from 'being young' physically. I hit 40 at the close of last year, and I'm not trying to reclaim my youth. I really enjoyed my youth, I had fun at school and at university and I embraced the adventure of making my own way in the world. That is all in the past, I have life experience behind me, adding to the way I think and what I do, but I definitely do not think of myself as 'old'.

I don't think I'd want to go back and grow up again now, I was a child of my time, I went through puberty in the 80's and I graduated into the 90's. It was a fantastic time to be young. I was one of the last students to be able to come out of uni without a debt, because I got a grant and I also got myself sponsored by a big company, so I had a regular job during the holidays. I was also lucky enough to be employed straight out of uni, although moving away from my twin was a wrench I don't ever want to repeat. Still, all of those experiences made me who I am and I am 40 years young. 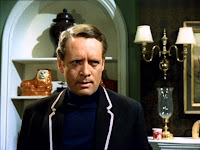 When I was a kid, I remember jokes about mid-life crises happening at 40. Well, remember that person who I said thought they were old at 21, well, I think he was having his mid-life crisis right them (I will say, though, he got over it)! We humans have placed a lot of significance on numbers: 16, age of consent; 18 age of majority; 21, an excuse for another big party ;); and then every decade thereafter another notch is marked until 100, in the UK, you get a telegram from the Queen. However, how we embrace life when these numbers go by is all down to the individual, remember Number Six when he said, 'I am not a number' ;P.

Society has its rules as well, what is expected of you because of your age, which goes ways beyond being recognised as an adult. The idea that youth culture is off limits to anyone over 25. Well, actually, not totally ;). No, I don't want to walk down the street in a micro-mini and try and learn the latest buzz words, that would be silly, been there, got the photos of the awful fashion statements from the 80's o.O. However, I still listen to (some) pop music, watch sci-fi and fantasy and I enjoy the odd convention, at which some folks, even my parents used to ask, 'when was I going to grow up?'. The answer is - never!


Grey conformity, thou shalt not have me!

Okay, so maybe that was a bit melodramatic, but I can be childish when I want to be, it's allowed :P.

We do adapt as we get older, as life makes us, dare I say it, wiser (or at least wilier). So, no, I'm not still that naive 16 year old in a woman's body, but I do still have some of her zest for life, and her willingness to explore. We don't leave youth completely behind as we mature, we just harness it's qualities in different ways. I laugh, I play, I try new things, maybe not with the recklessness of youth, but certainly with all its passion. :D


P.S. Check out other folk doing the A to Z April Challenge.