So, first day of the Blogging from A to Z challenge *takes a deep breath, pauses, dives in feet first*.

SO FIRST THINGS FIRST  - TO THE ORGANISER OF THE A TO Z CHALLENGE, ARLEE BIRD - THIS IS ALL YOUR FAULT, THANK YOU! :)

So, Angst, why, you may think, would I want to talk about angst? The answer is simple, those of you who know me, already know and the rest of you have probably guessed from by blog layout, that I'm a writer and, well, I'm something of an angst junkie. My LJ name is thwax, as a tongue-in-cheek reference to the fact that I have a tendency to put my characters through the mill. However, that's because I like the angst resolution as well, it can be one hell of a pay off. ;)

So, in this post, I want to examine the anatomy of angst, look at a few examples and then ask you your opinions. 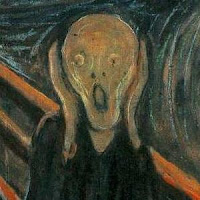 First, what is angst, let's define it so we all know what I'm talking about. The dictionary defintion (thank you Google) is, 'a feeling of deep anxiety or dread, typically an unfocused one about the human condition or the state of the world in general.' Hmm, well, that's a little unspecific for me, because, when authors talk about angst, especially in fanfic, they're being a bit more specific. The writer is definitely trying to create 'a feeling of deep anxiety' in their reader, but it is usually more personal to the characters in the story, rather than being unfocused. The whole point of literary angst is to focus the reader on the story. 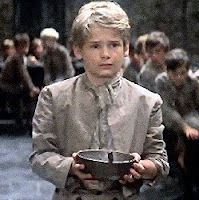 Dickens was a master of angst. He uses it very effectively as a tool to display the social injustices of Victorian England. He uses personal angst, the strife of the likes of Oliver Twist, to echo the situation in the wider world at that time. Perhaps because he was also the master of serialisation, he also throws in suspense as well, the two are common bedfellows, and artfully leaves his reader wanting more. Mostly, his stories resolve that angst, but there are some, Little Dorrit and Great Expectations come to mind, where resolution is not the point, and Dickens leaves his readers with ideas and emotions to be mulled over. 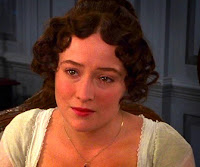 Jane Austen, also, uses angst very effectively. The BBC used this triumphantly in their 1990's version of Pride and Prejudice where Lizzie thinks she has lost Darcy forever because of the whole affair with Lydia and Wickham. Lizzie's strength of character is on full display as she faces up to the loss and the scandal and is the perfect example of how angst can be used to bring out the best in characters.

I'm a fanfic writer as well as producing work based on my own original characters and, as I've mentioned, angst is one of the tools in my arsenal. I think it's there in one measure, or another for every writer, because it adds levels to a character and/or story. Personally, I use angst on a character level, more like Jane Austen, rather than a social-commentary level, like Dickens.

My stories are usually concerned with issues local to the protagonist, whether that be love, action, or drama, rather than the greater social context in which they find themselves. For example, in my novel, Death In The Family, which is paranormal fantasy, the protagonist, Tom, goes on a personal and literal journey to face the consequences of discovering that his father murdered his mother and was a vampire. His anxiety and therefore the angst I try to engender in the reader when empathising with Tom is personal to his circumstances. The important part to me, and I hope my reader, is the way in which Tom meets the challenges he has to face and how he deals with his own fears.

I mentioned angst is one of the tools a writer can use to draw in a reader. One being the important word here. Angst can also be overused, pulling a story down into melodrama. Having said that, there isn't, I don't think, one level of angst that is right for every writer, or reader. Some folks lap up torn lives and broken hearts and can't get enough of heart-wrenching prose. Some don't want that kind of thing cluttering up a good plot at all. Yet others are happy with as much angst as can be piled into a story as long as there is the payoff at the end, the resolution that makes everyone smile, like the moment Darcy proposes to Lizzie and she accepts :D and, yes, I grin every time I watch that on the BBC version.

So, finally, in my opinion, angst is a fine balance between  holding on to a reader's emotions, making them want to turn the page to find out what happens, and drowning them in despair to the point they put the story down and walk away. What do you think of angst? Do you have any examples of where it is used to good effect and where it is disastrous? LMK :)


And if you want to see my other posts: