M is for Music

I don't know about you, but when I write, I sometimes like a bit of a soundtrack to go with it. However, it has to be the right soundtrack ;).

When I write, I am standing in a my study, a small room about 6ft by 10ft, mostly desk and shelves, but I do have a rather ancient pair of speakers attached to my computer and they are the best speakers I've ever had for any PC. The speakers sit on the windowsill behind my desk and blast out whatever I want to hear.

Actually, blast, is a bit of an exaggeration, because I don't like the music to actually hurt when I'm listening to it. I have no idea how those people in cars that want to share their beats with the entire road, even when their windows are closed, can actually bear to be in the car with music that loud. Anyway, you get the idea, loud, but not too loud ;)

So, back to my soundtrack. Depending on what I am writing, I like different types of music. 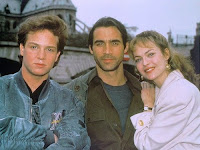 Thanks, I think, to my days watching Highlander (The Series) and writing fanfic for it, plus inspiration from brilliant 80's soundtracks like The Lost Boys, I like my fights scenes (hand to hand combat, fire fights, clashes between supernatural creatures) accompanied by strong beats such as rock:
Bon Jovi, Queen, Tokio Hotel, Elliot Minor, Adam Lambert, Within Temptation (although sometimes WT are a bit too dramatic for me to write to).

The scenes then play out in my head a bit like those 80's style music videos that told a story and the action flows really quickly from my brain, through my fingers onto the page. It's amazing how quickly a vampire fight can hit the page when each strike goes to the beat of a drum - I wrote the final fight scene in Death In The Family to Adam Lambert :). 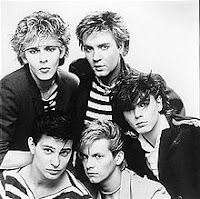 Sometimes, for other types of action scenes, if there's a lot of technology involved, I tend more to electro pop tunes to write those sequences. Fast paced and, again, with a driving beat that pushes on the pace of the scene. Aqua, Affirmation by Savage Garden, Duran Duran has some excellent tracks as well, Tatu also and Adam Ant. 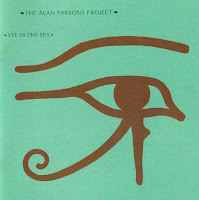 At the other end of the spectrum, for a scene with a slow pace, my music has to match. Clannad, Libera, The Alan Parsons Project, gentle music that becomes part of the background. I still like music there, moving me along, but my brain takes longer to work over scenes where there is subtle emotion and more personal/mental interaction, less umph, more metaphysical, as it were. Hence, I need to be able to ignore the music at times and at others let it still pull me along.

So that's what I like to listen to when I'm writing, but there are two exclusions, one in music, one in scenes that I cannot mix: 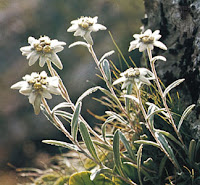 Firstly, the type of music I can never have playing when I'm writing is songs from the musicals. I'm a singer, I love singing and if you play me a song from a musical, I will start singing along and thus, typing those words into my scene - not good if I'm in the middle of a serious conversation about rescuing kidnapped children and start typing 'small and white, Edelweiss' now is it? ;P

And the one type of scene I cannot write with any music playing, or any distractions for that matter, is a sex scene. I have to agree with my sister on this one, a/ I need to be in the right mood exactly to write them and b/ I have to be totally focused on what I'm writing. It's not so much making sure the complexities of sexual interaction are correct, that, in many ways, is exactly the same challenge as in a fight scene - making sure someone doesn't accidentally chop their own arm off is very similar to making sure I keep track of where my pair, or sometimes more, of lovers' hands etc are wandering. No, it's making sure of the emotional response of the characters in a sex scene: I just have never found any type of music that fits with writing that aspect of sex.

So, there you have it, my soundtracks to writing. Do you have any particular albums/songs that are favourites when you're writing, or painting or generally creating?