S is for Serialisation 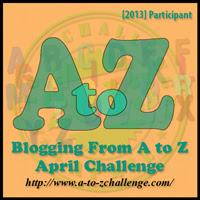 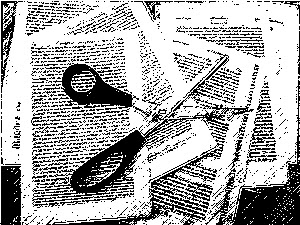 I suppose I ought to define what I mean by a part work before I start talking about my reasons for writing them. First and foremost, it's easy to say what a serialised story is not, it is not a work in progress, at least, not knowing the ending yet, but wanting to publish is not a good reason to produce a part work. Publishing a story that you expect people to pay for that is unfinished in, at the very least, your head, i.e. you do not have a direction for the plot, is a risky venture indeed, since, hands up who has gone back and totally ripped their story apart because in the first draft they've hit upon something later in development that throws the initial plot for a loop? *waggles hand in the air* 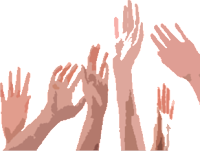 However, I will say that I find beginning to publish before all the parts are fully drafted is okay, as long as I have the overall plot worked out and enough parts to keep the schedule for my part work running. In fact, in this situation, part work can be a good motivator to my writing schedule. I've done this once before with a very long Harry Potter fanfic and it worked rather well (my initial reason for publishing was a practical one, that the fanfic was written between the publishing of HP book 4 and book 5 and book 5 was about to be published, and since I didn't want the new canon to effect the story, I set myself a schedule and started to publish).

The implication of talking about a single plot for a part work is that the actual work is one story, and in the case I mentioned above, each part was a single chapter of the story and it could not stand alone. There are other types of serialisations where the stories are linked by a common arc, but can, in the most part, stand on their own. The Vampire's Concubine is one of these, where each story will add to the arc, so it is advisable to read them in order, but they can also be read as individual short stories with their own beginning, middle and end, much like episodes in a TV series.

This, on the surface, sound easier than the serialised long story, but, actually, I think being able to make each short story self-contained is a much more difficult proposition, it is the tough nut that each author faces when writing linked books in balancing back story and forward marching plot such that the reader does not get bogged down in exposition and explanation, but has enough information to understand what is going on. This becomes more challenging in short stories, I think, because there are fewer words that can be devoted to bringing your reader up to speed. 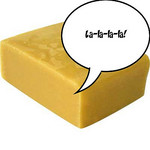 There's one final part work I want to mention, because I do actually fancy trying to create one and I'm going to call it 'The Soap Opera Format', which is where the story basically never ends, because there is no one story, but each episode is a patchwork of overlapping plot arcs that come and go instead.

I actually admire soap opera writers, because, although I don't watch them in general, when I have sat through an episode, I have found myself being able to pick up the plots that are currently running in the show amazingly quickly - that is a hell of a talent for any writer. I'd want to be very organised when writing something like that, though, since keeping track of multiple sets of characters and plots would need a lot of attention.

So, those are my three types of part work: serial - a single story with dependent chapters; series - a single plot arc with largely independent short story episodes; soap opera - multiple stories/plots linked by characters, locations and arcs with dependent chapters. Each one of them has their own challenges and, as a writer, I have my own reasons for wanting to write each one.

Artistically speaking, why would I want to take a single story and break it into parts when it comes to presenting the work, since part work comes with an extra overhead in preparation time, multiple book covers instead of one etc? Well, for me personally, it is because a part work has a different feel to a single volume work when I'm writing it. A single volume work is one long flow of consciousness for which chapterisation is largely something that happens during later drafts. However, with a part work, I have half an eye on the break down of the work throughout, and that adds a challenge that I enjoy. Each part has to have something, has to deliver interest to my reader, I can't devote an entire chapter to the mating habits of the tangabeast of bargleshark ;P. Alright, so my editors would rip that out anyhow, but I hope you get what I mean, that each part has to be looked at more carefully as an entity in its own right without the surrounding chapters to support it.

Also, as a writer, sometimes it is good to be able to be a bit of a butterfly, flitting from one plot to another. Maybe I've hit a block in one work and need to the leave it to settle in the back of my mind and then it is good to have another story to be able to slip into. Having a part work up my sleeve allows me to do this, since it's like meeting an old friend, I know where I am, I know where I'm going and I can concentrate on that one episode for a few days and get it ready for publication.

Practically speaking, for those of us who are indies and trying to touch base with our readers, build a fanbase and increase our following, I think a part work is a good idea to ensure regular interaction with a reader base. I created a blog for Fantasy Boys XXX, which is a collection of short stories, novellettes and serialised works, to make this interaction easier. However, along with reader interaction comes publishing schedules and not disappointing your readership, which is why the whole, don't just start publishing an unfinished work to make you finish it is a good mantra to live by, because if you disappoint a readership by missing deadlines or just not finishing the damn story, number 1, it looks completely unprofessional, and, number 2, it is bloody hard to get that readership back once trust is gone. 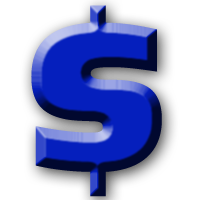 Finally, something I have to consider when writing a part work over a single volume work, since I need to make a living at this writing malarkey,  is royalties. I sell my single volume novels of 60K+ wds at the moment, for $2.99 and short stories for $0.99. On the surface, this looks like short stories make more money, but that is not taking into consideration that the royalty rate from Amazon (which is similar for many ebook retailers) for $2.99 and > is 70%, whereas for anything under $2.99, the royalty rate is 30%. Thus, on a $2.99 book, I make ~$2 profit, but on a $0.99 short story, I make just ~$0.30, quite a drop. Thus, if I am considering making a story a part work rather than a single volume and I want to make the same amount of money from it, I am looking at have to break the story into at least 7 parts.

So, given there is more work and possibly more stress/deadlines in writing a part work, for less royalty, why bother? My answer comes in two parts: from a writer's perspective, because it's fun; from a publisher's perspective, because a new format with higher levels of delivery to the reader can help build readership. I'm certainly enjoying planning and writing The Vampire's Concubine, but I am also aware of the commitment I have now made to my readers. Quoting Voltaire: 'With great power comes great responsibility.' ;)