L is for Launch

So, what does it take to launch your imagination?

For me, it can be absolutely anything, but then I am a bit of a Dilly Daydream ;).

Boredom: well, actually, boredom is a bit of a misnomer for me, because I have never really been bored in my life, because, if I have a lull in life where I have to sit around and I don't have anything to distract me, like my Kindle, then my brain flicks into gear and takes me off somewhere that is definitely not boring. It can be into the current scene of a story I'm working on, or back over the plot of a TV show I watched the night before, usually with an added fanfiction twist where I play with the plot and do it the way I would have liked it to pan out.

I've done this ever since I was a child, and not always when I was bored - hands up who has ever had the moment when someone looks at you expectantly and you know they said something, or asked you a question, but you have no clue what they just said, because you were off somewhere casting magic spells, or defeating evil wizards? :).

Inspiration: sparks for my imagination can come from many different places.

Music, which I'll be talking about next, so I won't go into much detail here, is a fantastic source of emotion and that can throw me into all sorts of scenes from the drama of heavy beats to the delicate beauty of gentle classics. 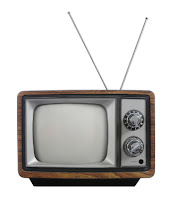 Also, when I'm watching TV, a line, an action, a plot point can all strike a chord in me and can do one of two things, make me want to write fanfic for a show, or give me ideas of my own launched from that minutia. This works especially well when the chord resonates with something I'm already working on and a light bulb goes off giving me a direction for that piece. I'm not lifting the ideas directly from the TV in these situations, that would be boring and no use to my imagination at all, but seeing how another writer has approached an idea sometimes really helps kick my own thoughts into gear.

A view sometimes makes me want to write as well. I have been lucky enough

to go on holiday to some beautiful places and a misty morning, or a sweeping valley have more than once inspired me to pick up my keyboard. My favourite scene, though, is water, and anyone looking through my photographs, would see a lot of shots of water, from cascading waterfalls to close up trickles of streams reflecting the light. I find flowing water majestic, and dangerous and beautiful, and it carries my thoughts away with it. Many an epic journey, or a heated battle has been crafted when I have been close to cascades. :) 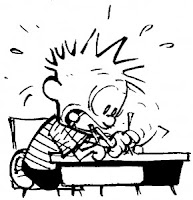 Deliberation: since I want to make a living at this writing thing, sometimes, even if I don't feel like it, I have to damn well knuckle down and kick my imagination into gear, and, like any physical muscle, with persistence, my imagination has grown stronger and more reactive. I've already written about writer's block in B is Barren, so, I won't go into more detail here, but practice is a great boon to not only a writer's craft, but to their productivity as well, I find.

So, when I do daydream, or, as I prefer to call it, invest in my writing future, ;P, it comes to me like a film strip. I suppose since I grew up with TV and film, this is how my imagination works, which is great for visual descriptions, and okay for emotional response as well, but one sense I have to remember to engage in writing is the sense of smell. Words, unlike TV, can encompass all the senses, and I think that is why any writer has to go out and experience bits of the world. I don't mean they have to go and stand in a milk factory so they can set a scene in one, but they can use the experience of having mistakenly opened a bottle of off milk to remember that rancid smell of the not-so-fresh dairy produce. Without those little moments of memory, writing would be flat and grey and it is everything we have experienced that feeds our imaginations.

They say, write what you know, which, taken literally would also be very boring, since I don't think people want to know all about writing project plans and timetables for students, which is my current job, but knowing can be adapted and used to spark much more imaginative things. I may not be writing about a project manager any time soon in my stories, but I write about leaders and organisers all the time, and one of the skills I've had to learn as a PM is persuasion, something a writer has to also use both in beguiling their readers and in any scene involving negotiation. So, even the mundane can be the spring board for inspiration. :)

Do you have anything that particularly inspires you?