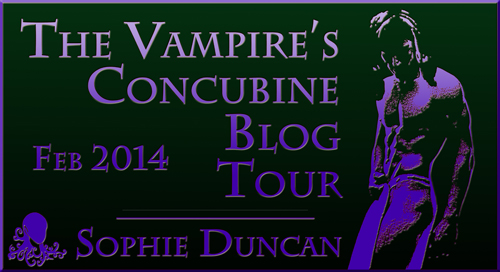 I am excited to announce that, from tomorrow (10th Feb 2014) and then over the next six days, I'll be stopping by the blogs listed below to talk about my new book, Rage - The Vampire's Concubine #2.I'll also be running a giveaway throughout the blog tour, so stop by the blog posts for a chance to win by tweeting about the tour and lots of other easy ways to join in.~

For a chance to win copies of Rage and An Amusement, check out the giveaway below.

When, Hieron, vampire lord of Harkham, is approached by a mysterious young stranger, he finds himself tempted by the bargain his bold visitor makes: ninety nine years of absolute service in return for vampire power. With no name and no explanation of the reasons behind the offer, the attractive enigma becomes Umi, Hieron's slave, concubine and vampire childe.

The bargain has been sealed, Umi is now a vampire and belongs to Hieron as his concubine. Yet, Hieron cannot reconcile himself to the secrecy behind his new slave, it makes him dangerously angry and the vampire lord lives up to his warning to Umi that he will be cruel.

Hieron's demands weigh heavily on Umi, who, it seems, cannot please his master. As Hieron's rage grows, Umi's time is running out. Desperately, he searches to find the key to salving Hieron's fury before the beast within his sire rises to destroy him.

Purchase 'Rage' and get 'An Amusement - The Vampire's Concubine #1' FREE - see inside the book for details.

Available at Amazon and Smashwords - for buying links, please see this entry on the Wittegen Press website: wittegenpress.com/rage.

Hieron, vampire lord of Harkham, is unaccustomed to visitors in his private bedchamber unless he has expressly invited them. Such an unsolicited intrusion should mean the interloper's death, but Hieron finds himself unusually fascinated by the stranger who appears before him unbidden. Offering no name and no explanation of his reasons, the young man offers ninety nine years of absolute service in exchange for the gift of vampire power.

Amused and aroused, Hieron agrees to the bargain, names his enigma, Umi and decides he will become his newest concubine. The only thing left is to seal the deal in a bond of sex and supernatural power.

Available at Amazon, Smashwords and iTunes - for buying options, please see this entry on the Wittegen Press website: wittegenpress.com/anamusement

Umi is no normal concubine. His master's gift of vampirism notwithstanding, there is much more to him than the Lord of Harkham has yet discovered. Hieron is no longer angry with Umi's secrets, but he remains intrigued and, demon-owned twice over Umi maybe, but it is his mind that interests Hieron the most.

Under Yan's tutelage, Umi is discovering the rites and skills to being a concubine, and Hieron is master when it comes to the night in his newest concubine's veins, mostly. That bond holds a limit that Hieron has never experienced before: his childe has resisted the most intimate of contacts, that of the mind to mind control that normally lies within a sire's remit.

There is power in his childe, power not of the vampire's giving and, before Heiron is ready to deliver Umi to the harem, he means to discover it.